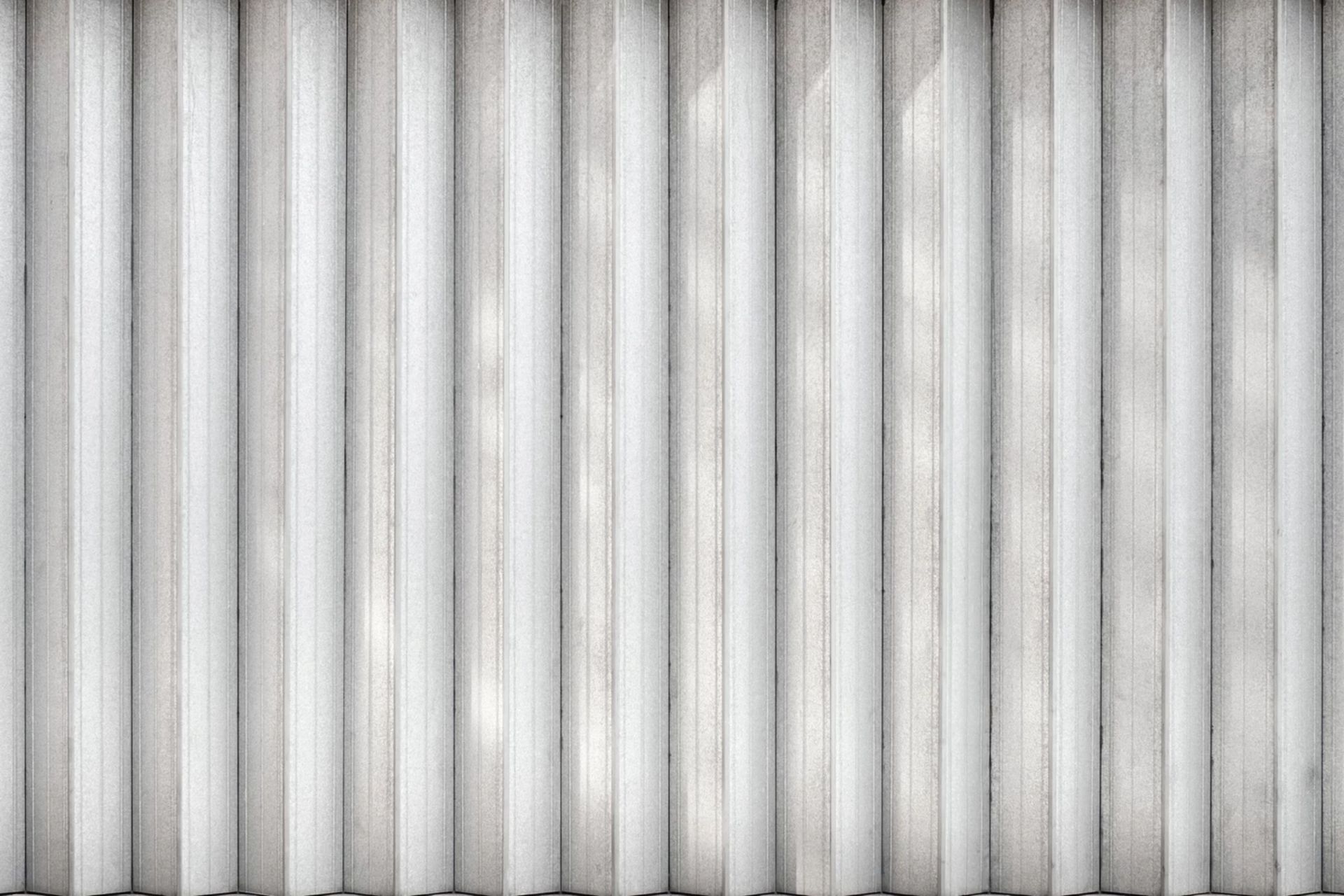 Athletes, musicians, surgeons, astute business leaders and leisure seekers experience a common, often-envied, applied positive psychology when they are “in the zone”, “in ecstasy” or experience “aesthetic rapture”. For more than 40 years Csikszentmihalyi (1975) has been studying the experience of this seemingly effortless focus of the mind, which he termed ‘flow’. He has since contributed significant literature on flow: what it is, where it can be found and how to cultivate it. He constructed practical suggestions, based on extensive research on how to enhance experiences in the workplace, at leisure and life in general, where an awareness and understanding of flow can be of benefit (Csikszentmihalyi, 1975, 1990, 1997, 2004).

Flow, as a term in the psychology literature, is well established and has been well researched since the coining of the term. Likewise, business and organisational literature abound with research into enhancements of efficiencies in management; organisational behaviour and design; and corporate leadership. However, there is a relative dearth of research into flow in the corporate world. Therefore, some inferences are made when applying the psychology of flow to the workplace in order to analyse its potential benefit, but also its potentially harmful detractors. This paper aims to clearly define flow, confirm a link between flow and achievement orientation under limited conditions and analyse the advantages of understanding flow for professionals in contemporary organisations. More specifically, whether flow should be a subject of managerial focus or avoided altogether.

Csikszentmihalyi (1975) defines flow as the psychology of optimal experience, which ensues when people engage in activities that are self-controlled, goal related and meaningful. When applied to the workplace, Hackman and Oldham’s (1976) model of job characteristics, psychological states and outcomes may be combined with the psychological notion of flow. With particular reference to the psychological states of this model, flow (as found in the workplace) can be encouraged and applied, mostly as a positive tenet to work output; but also as a possible negative aspect in certain high-reliability industries.

In his TED talk presentation, Csikszentmihalyi (2004) defined seven aspects of an activity where a person can experience flow: being completely involved and clearly focussed; having a sense of ecstasy, where there is a sensation of being in an extra-ordinary, enjoyable milieu; feeling inner clarity; utilising skills that are stretched right up to the boundaries of being adequate; serenity while growing beyond the boundaries of ego; timelessness where the passage of time has no bearing, and indeed the person wishes the activity could last indefinitely; and intrinsic motivation so that whatever activity produces flow becomes a reward in itself.

Creativity and freedom form an integral part of the flow experience. Freedom to engage the inner psyche and harness the inner motivation to engage in an activity can, according to Csikszentmihalyi (1975), produce creativity. He asserts that flow and happiness are positively correlated, whereas happiness is associated with creativity. He infers therefore that flow and creativity may have a positive correlation. Thus, creativity may be a result of experiencing flow. Accordingly, those who are interested in fostering creativity in themselves or their workers, may find it important to have an understanding of where to find flow.

Further defining flow towards and understanding thereof in a business context may be found when viewing psychology literature alongside business literature and extrapolating similarities between the two fields in terms of business leadership, business environment, and tenets of flow: Flow requires an intrinsic motivation and a degree of freedom to access this internally driven experience. It appears therefore that business leaders and the environment wherein work takes place may have an influence over the prevalence of flow. Csikszentmihalyi (1975) likens the flow experience to a game where a clear set of goals exist, appropriate responses are required, eliciting immediate feedback from skills that are fully employed and just about adequate to overcome the challenges of the activity. A connotation between required skill level and the intensity of the challenge is depicted in his later work (Csikszentmihalyi, 1990) under Appendix A.

Flow, as defined earlier, is based on the premise of internally driven motivations. Accordingly, it can only apply under conditions where a person has a master approach achievement orientation. Baumann & Scheffer (2010) established a link between performance flow and the positive emotions and feelings (affect) associated with the mastery of challenges. Furthermore, they found that a dynamic alteration between the identification of challenges, which has a low positive affect, and the mastery of challenges, facilitated performance flow. Therefore, a limited link exists between performance orientation and flow, qualified to those with a master approach orientation. The role of the leader in this regard may be crucial. Moreover, organisations interested in harvesting the advantages of an effortless focus from their workforce could use this understanding to cultivate flow in those workers who are most susceptible whilst finding ways to encourage those not naturally prone to flow, to discover it.

Advantages of an Understanding of Flow in Contemporary Organisations

Workers in a state of flow in organisations, such as contemporary business, may produce improved output due to certain freedoms and the creativity that underpins flow. The challenge remains for individuals and leaders to find this seemingly scarce human resource enhancer (Csikszentmihalyi, 1997). Viewed against the Hackman-Oldham (1976) Model of Job Design, the concept of flow can be better understood in terms of its applicability to business. They identified three tiers of job design around the desires of corporate managers who want from their employees: high intrinsic work motivation; high performance; high levels of satisfaction with their work; and low absenteeism and turnover. These desires closely relate to the definition of flow.

On an individual level, flow as an intrinsic motivator, seems to be an innate ability.

The definition of flow corresponds to certain personality types found in the Five Factor Psychological Types (Jung, 1975) and the Meyers-Briggs Type Indicator - MBTI (Meyers, McCaully and Most, 1985). Most notable are the Five Factor Openness-type as well as the MBTI N-type (intuitive) and P-type (perceiving) personalities with creativity, free thinking, open mindedness and inquisitive attributes, who in line with Hertzberg’s internal motivation theory (1965, cited in Hackman, 1980), may be more likely to experience flow. The question of whether those not naturally prone to flow could be guided towards it may have an answer in leadership.

Leaders of groups of people, and indeed teams (where a more unified mental model exists), may find that their leadership styles could have an impact on the prevalence of flow in their followers. Type-Y leaders (McGregor, 1960) seem to be better suited to generate flow experiences due to their beliefs that employees naturally prefer self-direction, accept responsibility, are creative, and have higher-level needs. Considering the interpersonal managerial role (Mintzberg, 1975) of the transformational leader, combined with an understanding of flow and the importance of self-directed leadership (Bass & Stogdill, 1990), the leader may be in an excellent position to cultivate flow in the group. They also see leadership as focussing group processes as well as the group personality and its effects, which may include the creation of an environment where flow can be experienced.

The work environment is the arena where the effects of individual, group and leadership orientations to flow play off. Autotelic jobs are those where expressions of freedom and creativity can be had. In such jobs, which resemble games, flow can be experienced due to the “variety, appropriate and flexible challenges, clear goals and immediate feedback “ (Csikszentmihalyi, 1975, p. 152). Leaders intending to transform the work environment into one conducive to flow should bear in mind that skill levels must match the challenges at an optimal ratio depicted in Appendix A.

However, the notion of flow may not be suitable to all personality types or leadership styles, neither is it desired in all working environments.

Aviation and other high-reliability industries have embraced training in Human Factors: those non-technical skills related to aspects of social and behavioural psychology such as communication, situational awareness, mental capacity and focus of attention (Helmreich & Fouschee, 2010). The situational awareness and vigilance gained from a constantly shifting mental focus, demanded from pilots and operators in high-reliability industries, revolves around the cultivation of appropriate levels of attention and controlled, constantly shifting mental foci; essentially avoiding flow in the all-consuming sense that Csikszentmihalyi (1975, 1990, 1997) describes.

Aviators refer to a stagnated, intense focus of all attention onto one aspect of the dynamic flight environment as “target fixation” or “tunnel vision”. Tunnel vision refers to a limiting of sensory sampling, leading to a narrowing of cognitive attention to the exclusion of other salient cues (Steltzer and Wickens, 2006 as cited in Vidulich et al, 2010). Target fixation can cause the pilot of a high performance fighter jet to collide with the target he or she engages, if overly focussed on the primary task of target tracking. Likewise, instead of terminating an approach to land in poor visibility, the pilot of a jumbo jet may be lulled to continue an approach below weather minima, if overly focussed on the primary task of controlling the flight path. Rather, a learnt, controlled scan including other sources of information, such as target range and closure rate, as well as altitude awareness on the approach, in addition to the primary task is required to safely operate aircraft. Therefore, resistance to falling into a state of flow is actively taught and practiced in the aviation and other high reliability industries on a daily basis.

These scenarios are not uncommon during flying training, where student pilots in a state of flow fixate their focus only on one aspect, which may seem the appropriate allocation of their attention at the time. With adequate instruction and coaching, pilots and operators of expensive equipment, of which the mal-use may have a large financial and public sentiment footprint, can resist flowing into a mental state of singular focus, adopt a multi-pattern scan and adequately sample information from a variety of sources, notably during emergency or novel situations (Kanki, 2010). Such an anti-flow mindset is not only necessary to avoid infrequent potentially disastrous situations, but indeed to avoid routine operations from becoming disasters.

The application of a sound understanding of the psychological phenomenon of flow and its possible benefits and shortcomings in the workplace should have a positive effect on organisations. Flow may have a positive effect in limited scenarios, in contrast to Csikszentmihalyi’s overly simplistic positive view on attaining a state of flow under all conditions and scenarios. There are specific environments where flow states, like the disasters they may cause, are to be avoided. However, the astute corporate leader or business owner may wish to pay close attention to the possible benefits that an understanding of flow may bring their organisations, as there are some scenarios and qualified conditions where the cultivation of flow may be of benefit.

Whether individuals and leaders decide to zoom their focus in on flow or strive to avoid it, the identification, cultivation and research of flow with resultant practical applications to the human at work and at leisure seem to be positive. The understanding of flow can enhance human experience and performance while improving the efficiency and profitability of organisations. Whether it should be encouraged or avoided, attempting to help humankind find its flow in this dynamic universe is a noble and noteworthy pursuit, worthy of further research - specifically how business leaders can apply knowledge of flow to organisations of the future.